On Tuesday, a group of Medicaid recipients and uninsured Texans is planning to rally at the Capitol in support of expanding the program." 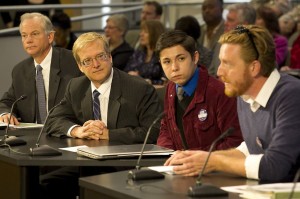 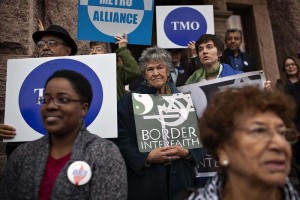 After Austin Interfaith leaders took issue with a proposal that “would have allowed registered lobbyists to serve on the citizen committee that will guide the rewriting of the city’s land-development code…” the proposal was pulled.

Austin Interfaith leaders asserted that allowing lobbyists on the committee amounted to “blurring the lines between the duties and responsibilities of citizens in the democratic process and the role of … lobbyists who represent organized financial interests in the legislative process….” 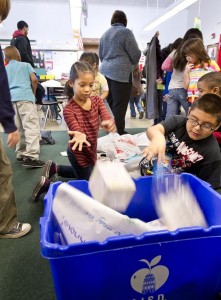 “School board members have lauded the process that Travis Heights used to garner support for the transformation, which they approved last month.  Unlike the district’s failed partnership with [another charter school]… the move to turn Travis Heights into a charter school had the enthusiastic backing of the school’s parents and teachers, joined byAustin Interfaith and Education Austin. 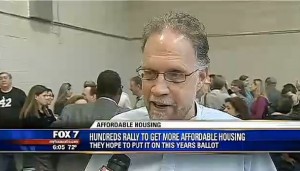 "Austin leaders think they can champion the push for affordable housing once again.  Three members of Austin City Council are sponsoring a resolution that calls upon the city manager to explore ways of returning the issue to the ballot....'For our folks who are living on the street, there is not a pathway for them to get into any kind of home,' clergy John Elford said."

'Affordable Housing' May Be on Austin Ballot Again, Fox News