Statement on Passage of FY 2019 City of Austin Budget

We commend the Mayor and City Council for fully funding all of Austin Interfaith’s priorities in the just-approved FY-2019 city budget.  This includes full funding for AISD Parent Support Specialists, AISD Prime Time After School programs, an increase in the City of Austin Living Wage to $15/hr., and an increase in funding for long term job training for programs such as Capital IDEA, for a combined budgetary impact of over $5 million.

We commend the collaboration of Councilmembers Alison Alter and Greg Casar for their combined amendment to restore full funding to these education and workforce development programs, which also provided funding for programs addressing homelessness and other social services.  Mayor Adler and Councilmembers Garza, Kitchen, Poole, and Tovo also supported this measure.  Austin Interfaith also commends Mayor Adler for his earlier motion to free up additional budgetary money by setting the tax rate at an appropriate level, making good on a promise he and council members made to Austin Interfaith and the community earlier in the year to hold crucial human development programs harmless from the budgetary impact of increasing the homestead exemption.

We do believe the city needs to evaluate its budget process and will work with them to make sure these essential investments in human and economic development are not left to last minute budget decisions.  But we commend the Mayor, Council, their staffs, and the City Manager and his staff for their accessibility and collaboration in this budget process, as well as the hundreds of volunteer hours put in by Austin Interfaith leaders from across the city in advocating for these community priorities.   This was the democratic process in action.

Austin Interfaith calls on the Mayor and City Council to fund Capital IDEA to 2.5million in this year’s budget.  Capital IDEA is Austin’s most effective strategy to prepare low-income, minority, first-generation in college adults to fill Austin’s abundant opportunities in nursing, other health care and IT.   This increase of $700,000 in city funding would allow 85 more adults, in addition to the 900 students already in the program, to lift themselves out of poverty and into living wage jobs.  Capital IDEA contributes to Austin’s economic development, as the average Capital IDEA student enters the program earning on average $10,461, and upon completion earns on average $40,914.

Earlier this year when the increase in the homestead exemption was passed, the council gave assurances that this would not negatively impact programs which invest in human development, like Capital IDEA, after school programs, and Parent Support Specialists.  Our city’s investment in these programs needs to keep pace with our growing population and persistent inequality and poverty rates in Austin.  A recent independent evaluation showed a 950 percent return on investment to the federally-funding, City-managed “patient to practitioner” project. It turned low-income clients using our safety net institutions into health care professionals staffing them. 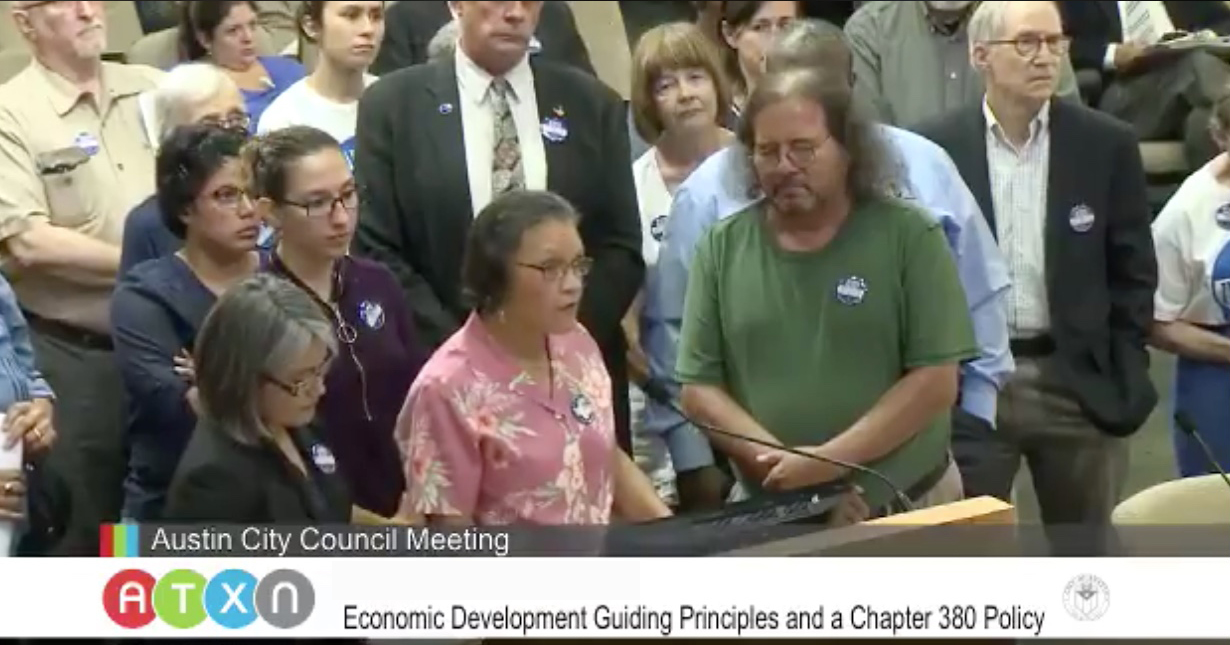 Says David Guarino of All Saints Episcopal Church, “Austin Interfaith recognizes Mayor Steve Adler, City Manager Spencer Cronk and the members of the City Council for hearing and acting on our concerns.”

“Tonight, the Austin City Council has set a national standard for urban economic incentive programs by recognizing that people deserve the dignity of a living wage from employers who receive economic incentives,” Guarino.

Austin Interfaith has worked years to encourage the city toward the $15 an hour living wage standard for city-subsidized companies. 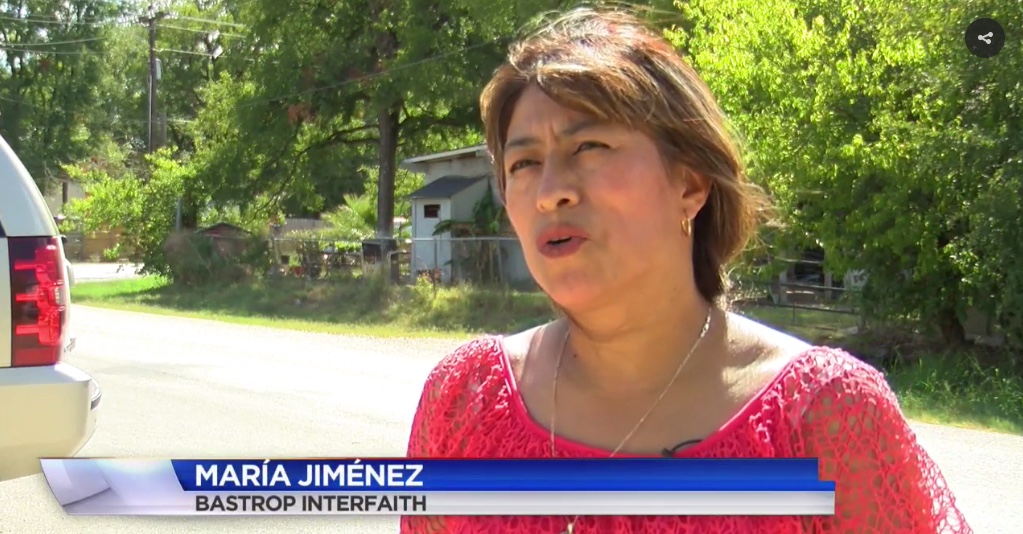 Austin Interfaith commends City Council members for vocalizing their strong support this week for maintaining Living Wage protections when public tax dollars subsidize private businesses.   The current policy of requiring companies to pay the City Living Wage if they receive tax subsidies or incentives (Chapter 380 agreements) was forged over the past several years by community leaders and public officials.  Should the Mayor and Council decide to consider and vote on any changes to our Chapter 380  policies in the near future, we believe they will continue this commitment to working families.

We also commend City Manager Cronk for including an increase to $15 Living Wage in the City budget proposal.  Currently the City Living Wage applies to all city employees, employees of city contractors, and businesses receiving tax subsidies and incentives.  Austin Interfaith has worked with the Mayor and City Council to move the living wage from $11 in 2013 to the proposed goal of $15 today.