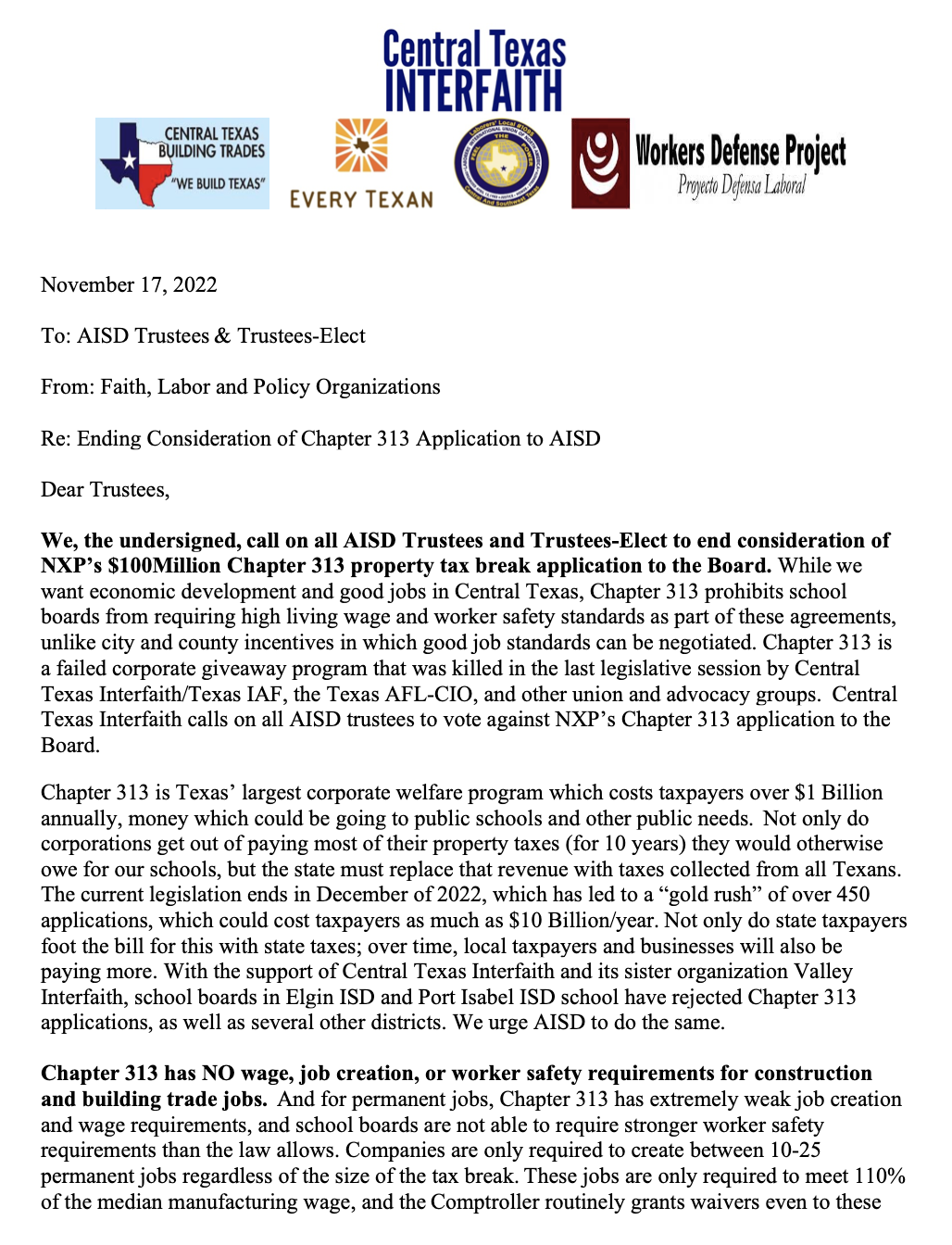 We, the undersigned, call on all AISD Trustees and Trustees-Elect to end consideration of NXP’s $100Million Chapter 313 property tax break application to the Board. While we want economic development and good jobs in Central Texas, Chapter 313 prohibits school boards from requiring high living wage and worker safety standards as part of these agreements, unlike city and county incentives in which good job standards can be negotiated. Chapter 313 is a failed corporate giveaway program that was killed in the last legislative session by Central Texas Interfaith/Texas IAF, the Texas AFL-CIO, and other union and advocacy groups.  Central Texas Interfaith calls on all AISD trustees to vote against NXP’s Chapter 313 application to the Board.

Chapter 313 is Texas’ largest corporate welfare program which costs taxpayers over $1 Billion annually, money which could be going to public schools and other public needs.  Not only do corporations get out of paying most of their property taxes (for 10 years) they would otherwise owe for our schools, but the state must replace that revenue with taxes collected from all Texans. The current legislation ends in December of 2022, which has led to a “gold rush” of over 450 applications, which could cost taxpayers as much as $10 Billion/year. Not only do state taxpayers foot the bill for this with state taxes; over time, local taxpayers and businesses will also be paying more. With the support of Central Texas Interfaith and its sister organization Valley Interfaith, school boards in Elgin ISD and Port Isabel ISD school have rejected Chapter 313 applications, as well as several other districts. We urge AISD to do the same....