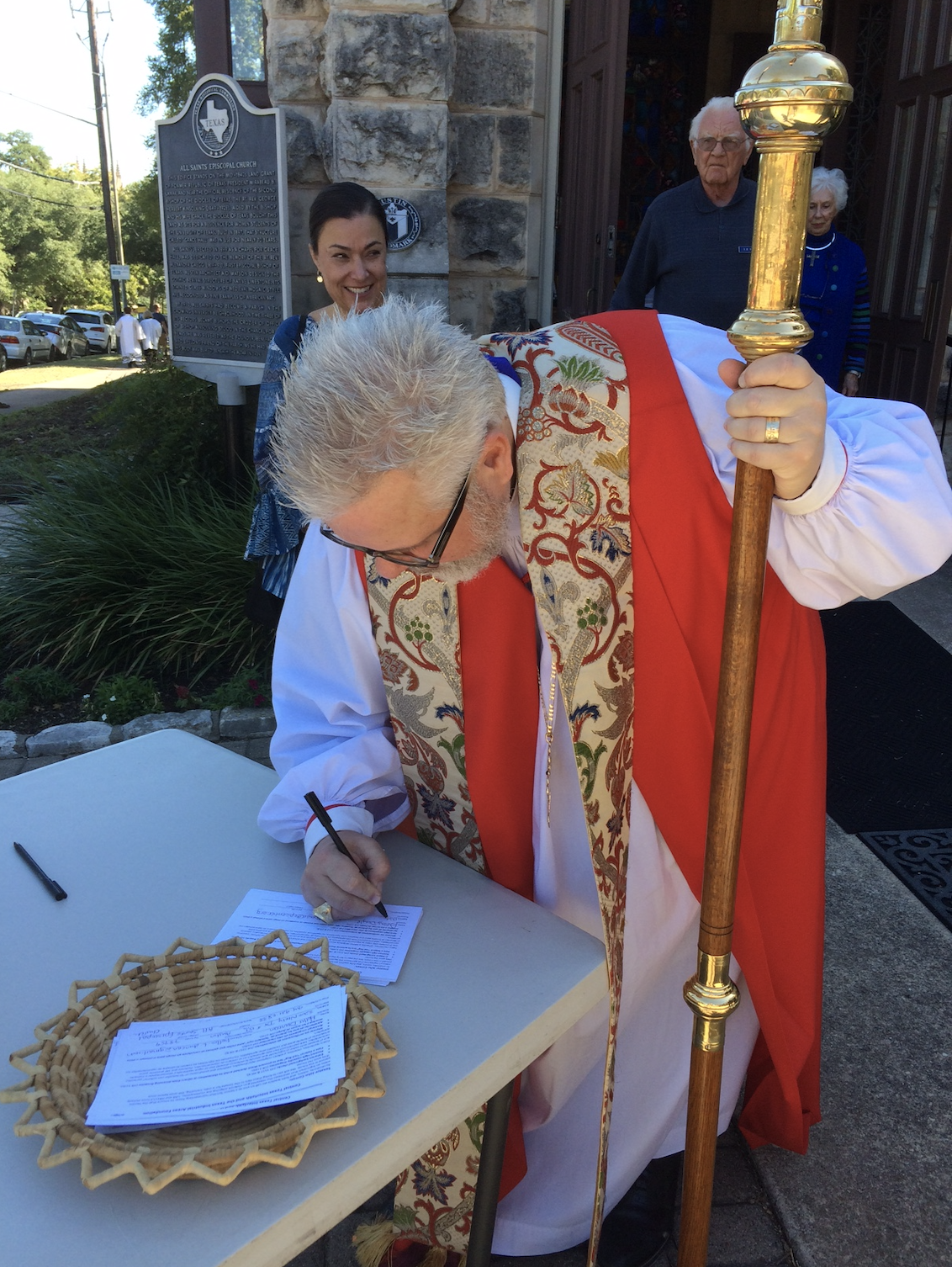 As residents, faith leaders, and voters, we support Central Texas Interfaith’s agenda on gun safety, and call on candidates to support legislation to address the repeated gun violence plaguing our communities.

[In photo: Bishop Doyle of the Texas Episcopal Diocese signs Central Texas Interfaith’s gun safety petition after a service at All Saints in Austin.]