During this second year of the pandemic, Central Texas Interfaith leaders made significant impact to address homelessness, economic and health equity, and education funding. Please consider investing monthly so that fights for social justice can continue in 2022.

After a Yearlong Campaign, Clergy and Leaders Secure
$200 Million for Homelessness Prevention & Support 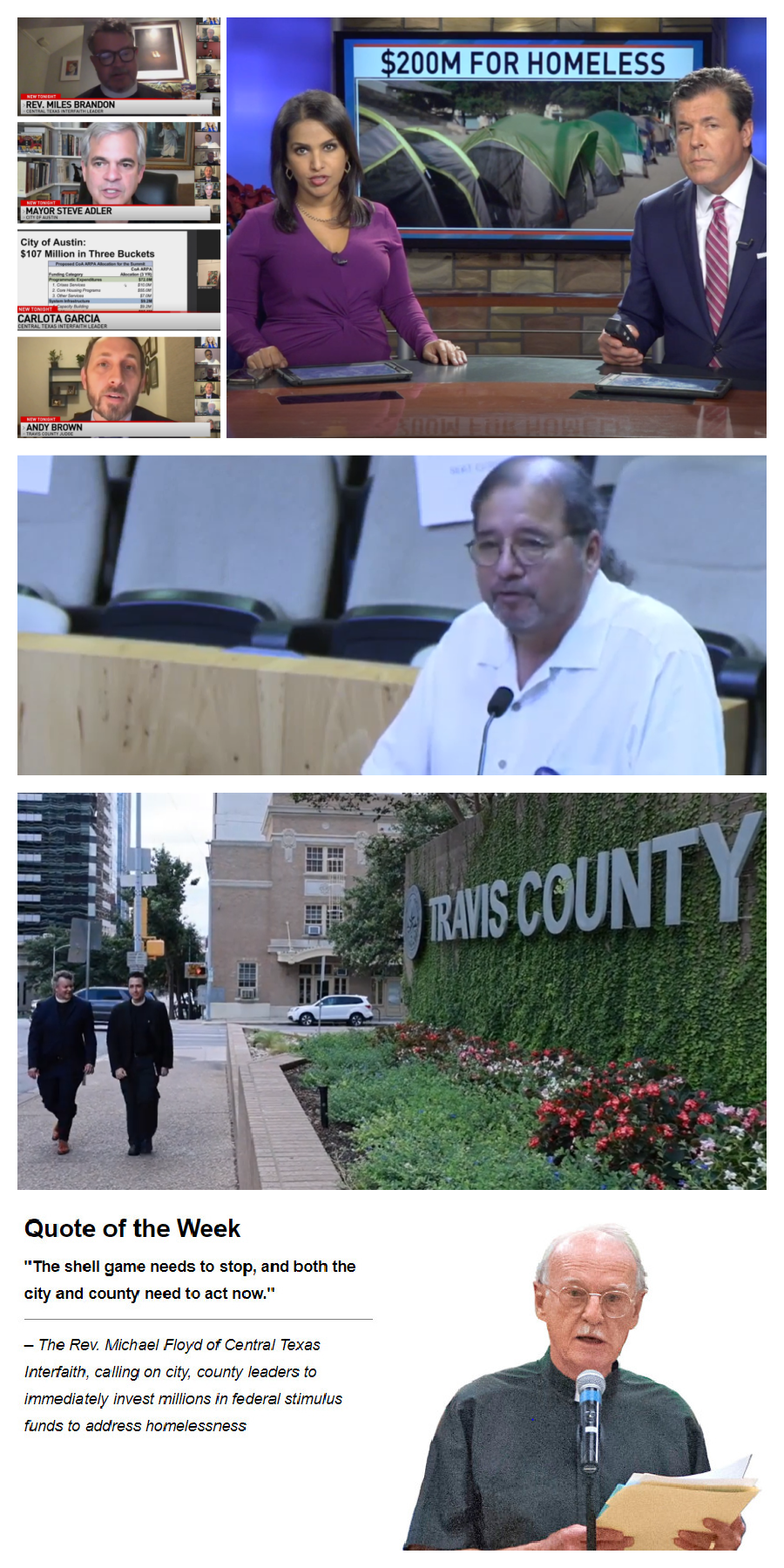 At the end of an intense year of clergy and lay leader action with Austin and Travis County elected officials, over 100 CTI leaders were joined by Mayor Steve Adler and Judge Andy Brown in a celebration and explanation of a transformational investment of over $200 million federal dollars into homelessness ($107M from City of Austin and $110M from Travis County stimulus funding).

Both officials expressed appreciation for the organization's partnership and doggedness in addressing key regional challenges and committed to working to identify dollars for rental assistance, over and beyond the $40 Million that was invested this year. 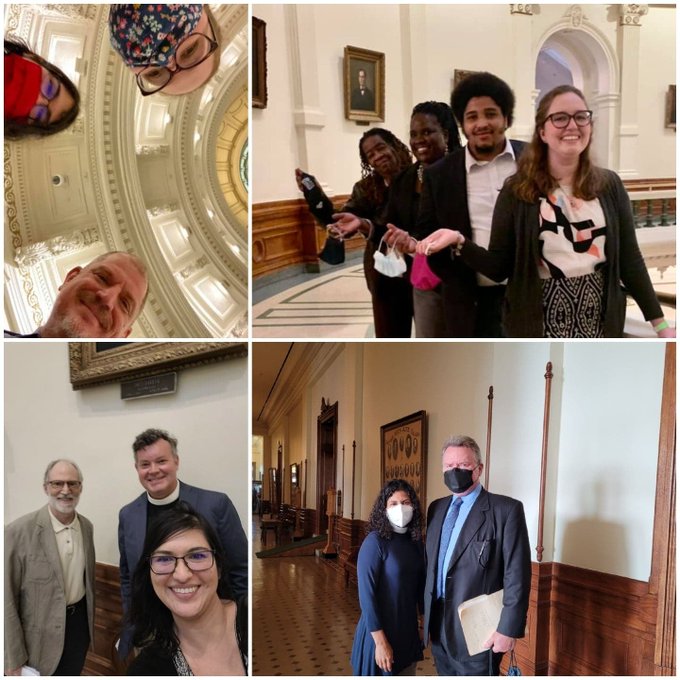 Texas IAF organizations successfully blocked the reauthorization of a longstanding corporate tax exemption that gave industrial and petrochemical companies 10-year tax abatements paid for by Texas tax payers. Killing the corporate welfare bill preserved a potential $1-2 billion in annual funding for public schools and, for the first time in decades, challenged the influence of big oil and gas in Texas. 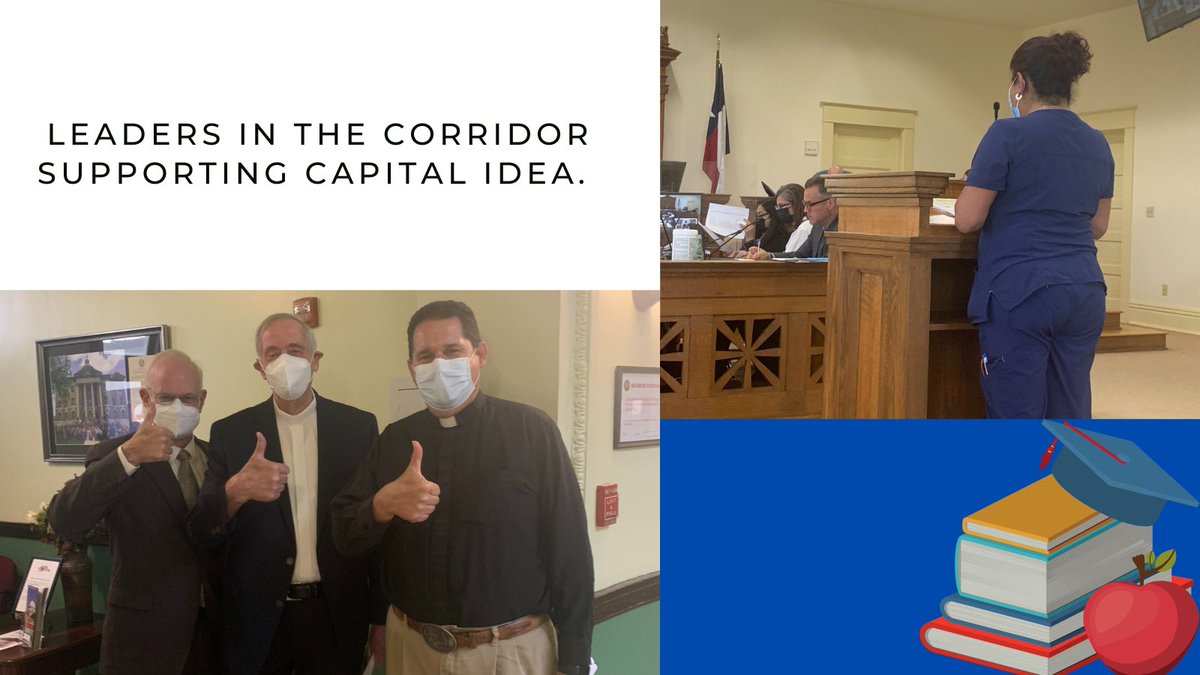 As the second year of the pandemic continued to reveal gross inequities in the labor market (in terms of pay and exposure to illness), Texas IAF leaders waged battle at the Capitol to preserve funding for long-term job training to support low-wage workers wanting to transition into better jobs. Leaders were successful in preserving $4.2 Million in Texas Adult Career Education funding for the biennium, for which projects from the across the state can petition.

In Hays County, Corridor Interfaith Alliance for Families leveraged $50,000 in county funding for an expansion of Capital IDEA, essentially doubling the county's investment over two years. In sum, leaders leveraged $3.6 Million for Capital IDEA between State of Texas, City of Austin, Travis and Hays County funding. 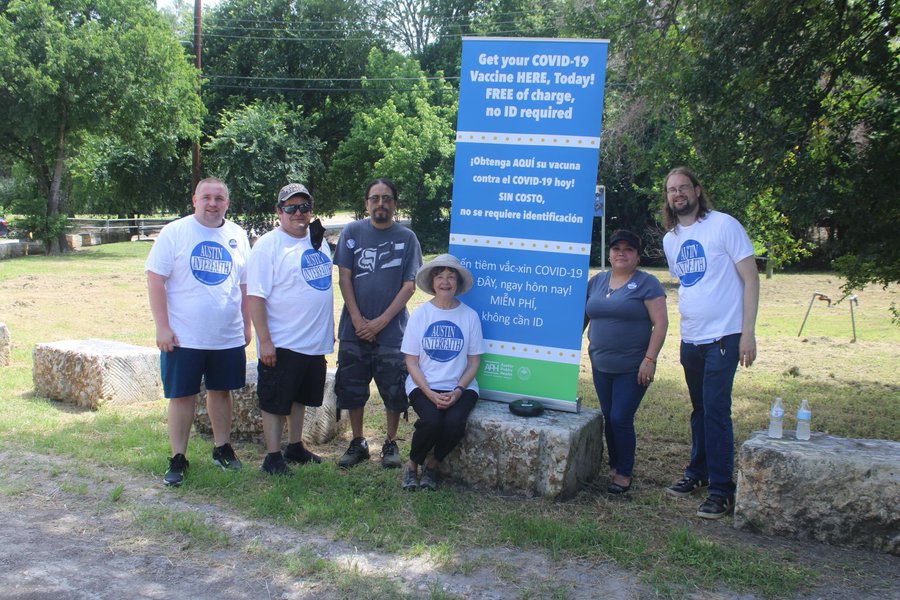 As vaccines became available, Central Texas Interfaith leaders across the region collaborated with Austin Public Health to bring the vaccine to mobile home residents in Bastrop and South Austin, as well as to targeted neighborhoods in East Austin.

As a result, hundreds of adults and families were protected against the ravages of Covid-19. 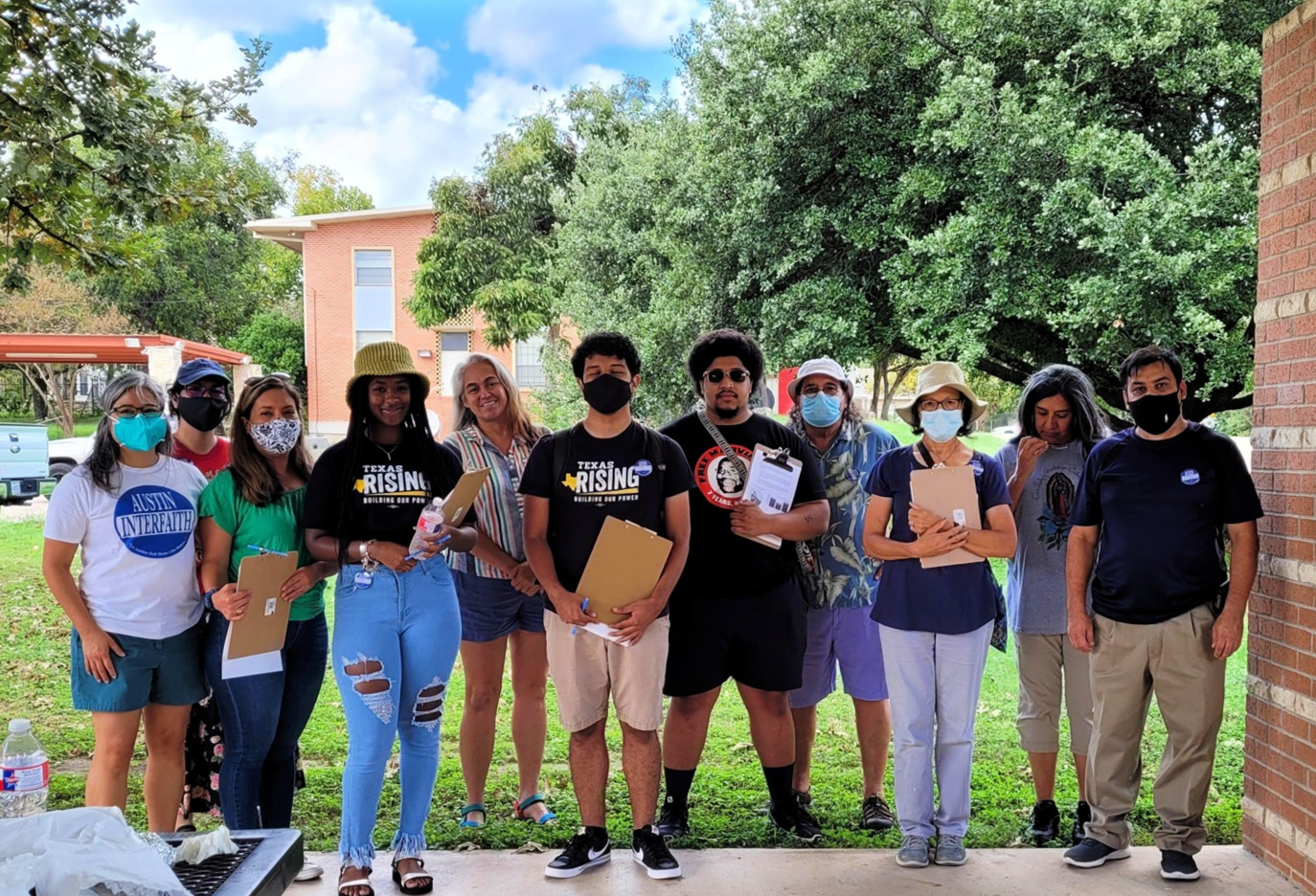 In the face of a ballot proposition that could have drained hundreds of millions from essential city services like job training, libraries, and Fire/EMS by irreversibly shifting money to police spending beyond its current historic high, CTI worked to educate its membership on this important issue. In photo at right, the Eastside cluster pauses before heading out to knock on doors.

As a result, 57% of CTI supporters residing in Austin participated in the election (approaching 3x the rate of Austin voters at 22%) while turnout in most of CTI's targeted precincts outpaced that of the city.

While funding from major foundations supports leadership development, institutional recruitment, and special projects, CTI relies on individual contributions and dues to support our non-partisan political work. If you would like to support structural change and the careful development of a nonpartisan constituency of voters, please consider making a monthly recurring donation to Central Texas Interfaith. Individual contributions are one of the few ways available to fund our Get Out The Vote efforts and non-partisan candidate engagement.