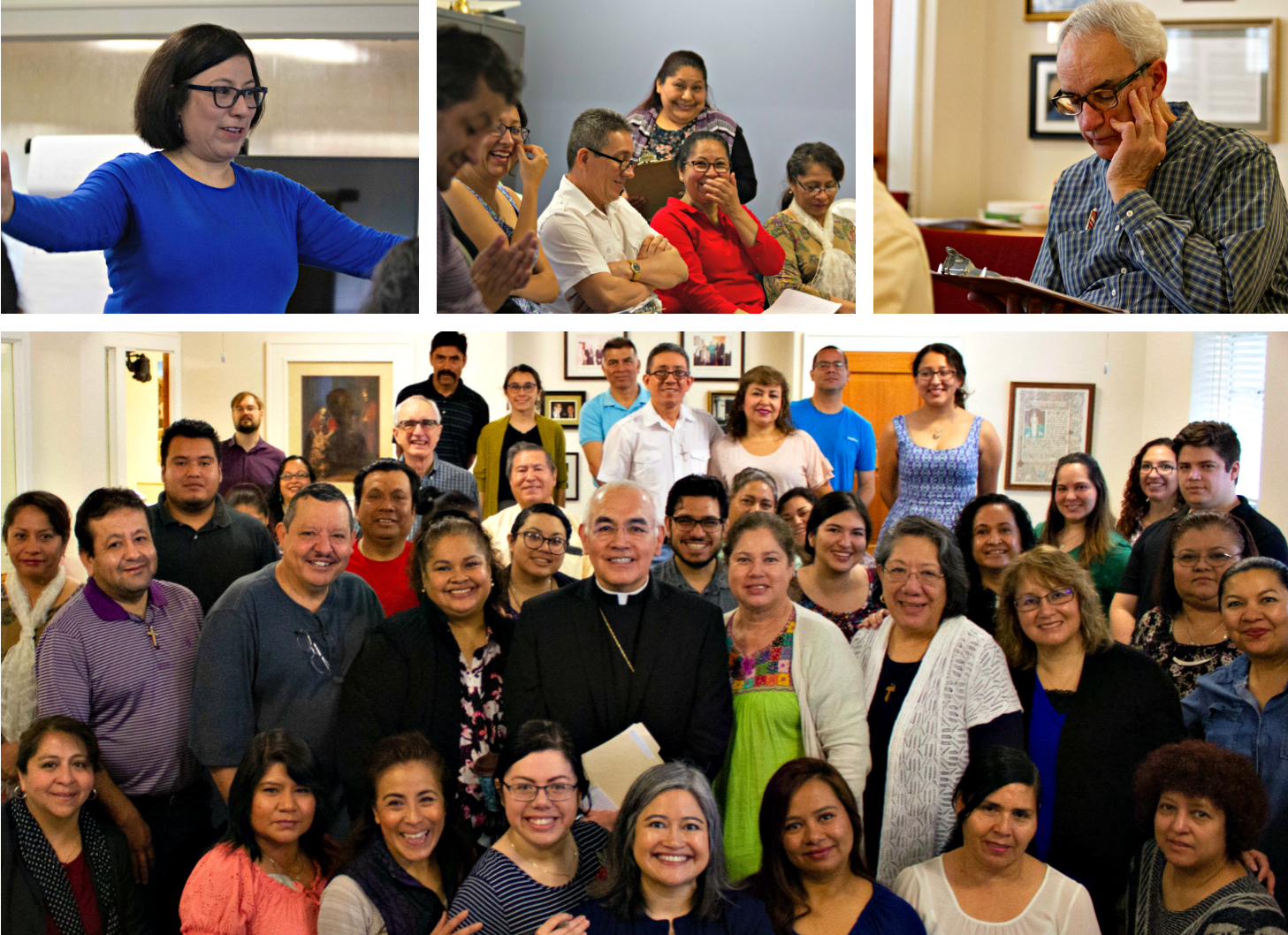 In 2019, in collaboration with the Catholic Diocese of Austin, Catholic Charities of Central Texas, the Catholic Campaign for Human Development, and the West / Southwest IAF Organizers Institute, Austin Interfaith launched "Recognizing the Stranger," an innovative strategy for immigration reform rooted in Spanish-speaking congregations in order to strengthen, unify and revitalize parishes through leadership development.

This year, the strategy is expanding into 19 dioceses across the west and southwest US.  Says Senior IAF Organizer (and Austin Interfaith Supervisor Joe Rubio, "The Recognizing the Stranger strategy works with local parishes to identify, train, and mentor immigrant leaders to build connections among themselves and with nonimmigrant allies in their parishes and the broader community.  It’s a collaborative effort among clergy, leaders, and organizers to develop capacity to tackle tough issues."

According to CCHD Director Ralph McCloud, "Recognizing the Stranger is particularly successful because it captures the connections between what happens at Mass on Sunday morning, how families live their lives throughout the week, and how parishioners interact with members of the broader community. I have been impressed that participants seek true change.  In the process, parishes are strengthened, unified, and revitalized."

'Recognizing the Stranger' Austin was launched with the support and participation of Bishop Joe Vasquez.

Bastrop Interfaith Speaks Out Against Deportations Stemming from Traffic Operation

"....on June 23, five deputies from the Sheriff's office appeared to be stationed at or near the Stoney Point community. People were stopped for speeding and DUI, which is appropriate. But they were also stopped for allegedly failing to use turn indicators, once for allegedly failing to use turn indicators within 500 feet of the intersection; for a broken or burnt out tail light; and for having mud on their license plate. These were very minor traffic infractions. To many, this appeared to be a targeted effort to locate and detain undocumented people. As previously reported, 23 Hispanics were arrested of which 13 were taken and moved into deportation proceedings.

By this action, which appears to have been against immigrants, the Sheriff has not increased people's confidence in law enforcement, which is what we had sought and strived to obtain in our prior dialogue with the Sheriff. This causes us serious concern and raises question of credibility in that dialogue...."

'Zero Tolerance' Arrests Put 13 in ICE Custody, 'Had Nothing to Do With Immigration', Texas Sheriff Says, Miami Herald

Bastrop Sheriff: Traffic Stop Had 'Nothing to Do with Immigration', Austin American Statesman

Del Valle Neighborhood On Edge After Drivers Caught in Traffic Sting Are Turned Over to ICE, KUT 90.5

In recognition of religious, economic and democratic imperatives in support of compassionate immigration reform, Central Texas Bishops and religious leaders launched a campaign for compassionate immigration reform with a prayer service and news conference on June 18, 2013.
Central Texas Interfaith Statement on Humane Immigration Reform 2013
Since then, the Bishops met with Congressmen Lamar Smith, Blake Farenthold, Roger Williams and Lloyd Doggett. 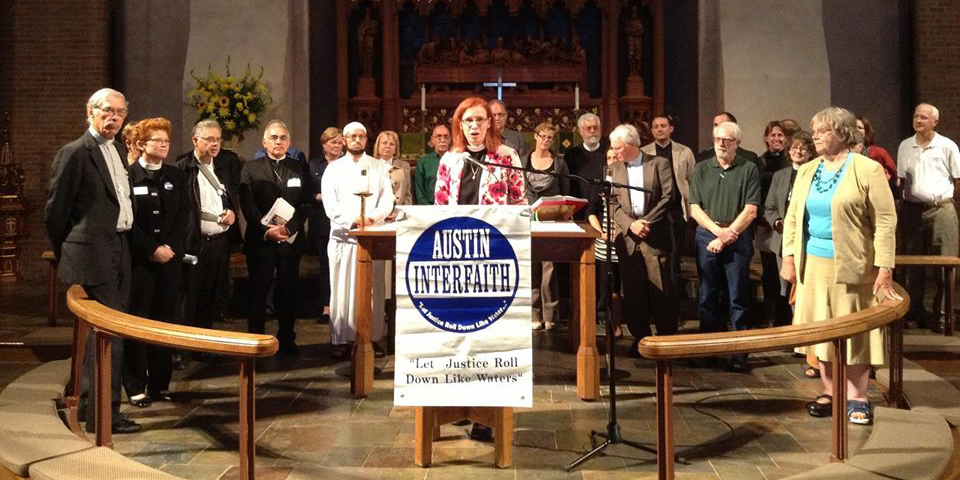 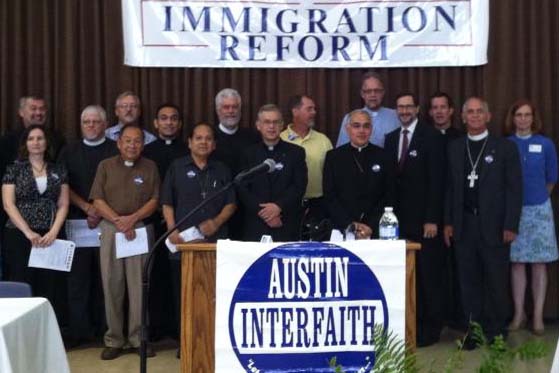